Benjamin Hagwood is a passionate educator and advocacy advocate. He has more than 2 decades of experience leading students to championships in speech and debate events amassing over 20+ national championships. Benjamin Hagwood I serves as our Director and Curriculum Lead ensuring that BL Debate Academy maintains its history of education, excellence and evolution.

Kristin is a 2019 NYU Graduate, educator and musician. Kristin has coached all levels of speech and debate throughout the United States helping students achieve their goals inb Policy and Lincoln Douglas formats. .As a student of debate most recently Kristin taught at Success Academy Charter School in New York City. Kristin brings a unique perspective and classical training to her classes ensuring students are equipped with sound argumentation and persuasive speeches

Triniti K is a debater, public speaker, and speech & debate coach. As a speech and debate coach, she has worked with Valley High School in Iowa, BL Debate Academy, and the Harvard Debate Institute. Triniti recently gave a TED talk at TEDx Des Moines 2021 where she spoke on the importance of talking politics and the power of perspective. While coaching, Triniti is an active Speech and Debate competitor for Simpson College, with experience in over ten different Speech & Debate events. At Simpson College, she studies Political Science, Global Management, and Spanish. She is also a fellow at the Culver Public Policy Center, a center dedicated to promoting bipartisan policy and ideas.

Tawfique holds a bachelor’s in computer science from NSU. He is currently the Secretary of the Asian BP Debating Council. He brings a wealth of debate experience to the table. He has judged elimination rounds at more than 60 debate championships on five continents (Asia, Africa, Australia, Europe, and North America), served on 15 Chief Adjudication Panels, 3 Equity Panels, 25 Grand Finals, and chaired 12 elimination rounds. Among his major successes are serving as Chief Adjudicator at the UBC Spring High School Tournament and judging final series rounds at the World Championship of Debating (Korea WUDC), Hart House IV, and Canadian BP Championships. He is experienced with the WSDC, CNDF, BP, CP, PF, Policy, Asians, Australs, and Easters formats.

Alex is a seasoned debate coach with four years of coaching experience combined with eight years of competitive debate experience. Specifically teaching at BL academy has sparked his interest because of the atmosphere of classes and coaching style that he presents. Alex’s goal as a debate coach is not only for his students to bring home trophies and great results but also to teach students how to utilize debate skills for their future. He will be entering his third year at the University of British Columbia this September, pursuing a bachelor of statistics with a minor in commerce.

Lin has 2-3 years of debating experiences and 4 years of debate coaching experiences with BL Education. Started debating in America, Lin is keen to encourage students cultivate multi-dimensional skills from debating and help students grow interests in debate. She has herself participated many local debate tournaments and was the finalist in Dobie Cougar Classic Varsity division and the champion in Spring Woods Tournament.

Kaden was a two time national champion in college public forum at PKD, the president of a nationally acclaimed college debate team, and a PKD All American. In high school he placed as a semi finalist in the Senate at the 2017 NSDA National Tournament. During the regular season, he placed 2nd in the IDHSAA State Debate Tournament in Public Forum. Kaden also qualified for the NSDA National Tournament for every year he competed in speech and debate and qualified to the TOC his senior year. Since graduation, Kaden has privately coached teams to incredible accolades. His teams have placed in the Top 7 at the NSDA National Tournament in Public Forum, Top 16 at the Tournament of Champions in Public Forum, championed the Bingham Copper Classic and multiple state tournaments. His teams have been invited to prestigious round robins like the Strake Jesuit RR.

Jayleen is a writer and campaigner at a political media company in the U.S. Her professional career includes writing and political advocacy work at top think tanks and advocacy organizations across America. She has also previously worked for United States Senator Bob Casey. In her speech and debate career, Jayleen won top accolades in platform speaking, Lincoln Douglas, and Parliamentary Debate. In 2016, Jayleen won the first place award for Parliamentary Speaking at the state-wide Pennsylvania Forensics Association Tournament. She also won the year-long top speaking award in Persuasive Speaking at the 2017 annual Collegiate Forensics Association Tournament in Maryland. Jayleen has actively volunteered as a judge for the Collegiate Forensics Association and the Washington Urban Debate League.

Maverick is a seasoned policy debate veteran with six years of competition experience and almost two years of coaching. While debating for Liberty University, Maverick was invited to the Marie Hochmuth Round Robin and qualified to the National Debate Tournament. These accomplishments both happened in his second year of college debate. Maverick also found success in other styles of speech and debate. He qualified to Kansas State Original Oratory two years in a row, Public Forum nationals his Junior year of high school, and Lincoln Douglas nationals his Senior year. The research and advocacy skills he learned in policy debate have served him well in education. After receiving his Bachelor’s of Science in Government, Maverick quickly turned his attention to Law School. He studies at the University of Kansas and uses his debate skills everyday. Maverick is excited to share his knowledge and love of debate with the next generation of students.

Da In has over six years of debate coaching experience. She was co-captain of her high school debate team and led her team to multiple tournaments including UBC High School Tournament, Regionals and BC Provincials. She also competed internationally in tournaments in the U.S.A and in Europe. She also was actively involved in Model United Nations and served on numerous secretariats. Outside of debate, she can be found working on mental health initiatives and programs, kayaking or playing video games. Currently, Da In is working towards becoming a registered clinical counselor.

Zach is a fourth-year History Honours major at the University of British Columbia; located on the traditional, ancestral, and unceded territory of the Musqueam, Squamish, Tsleil-Waututh, and Coast Salish peoples. While on unceded territory, Zach has taken time to write his senior thesis on the history of the United Fruit Company and its involvement with early radio development. Having been a debater in middle and high school, Zach is ready to help the next generation of debaters participate and succeed in tournaments across the continent.

Ayra is a fourth-year Psychology major at the University of British Columbia. Her passion for early childhood education arose when she learned about how a supportive environment builds a positive self-concept in toddlers to adolescents. Her experience in teaching younger kids comes from being an English teacher in internationally and locally where she organized a weekly Book Club activity to increase students’ reading comprehension and english speaking skills. To build their confidence and fluency in English, she also designed worksheets for students to practice new vocabulary and critically analyze their reading. She encouraged her students to write a daily Reflection Journal to track the gradual progression of learning, allowing students to set their own goals and see improvements in their English abilities. Ayra was also a volunteer tutor for The C.O.D.E Initiative foundation where she directed one-on-one coding workshops with both neurodiverse and neurotypical children. In both of her experiences, she regularly met with parents to personalize goals for their child and focus on areas of improvement. Along with building a safe and inclusive teaching environment, her teaching values include fostering a strengths-based approach and growth mindset in her students so that they are active contributors in their development.

What Students Say About Us

The teacher is very patient, he is very nice, and even though I attended his class before, I still learned a lot of new things and on top of that, I had a lot of fun! 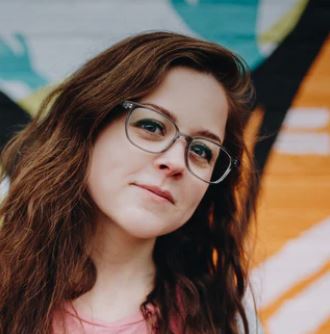 The strengths of the course was that Mr. Hagwood taught us in a very good and effective way. We had fun but we still learned a lot of things. Even though I had attended one of Mr. Hagwood's classes before, I still learned new things in this summer course. 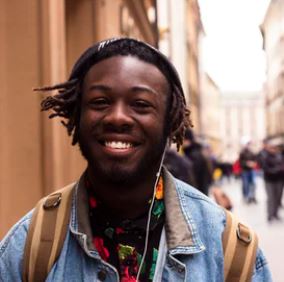